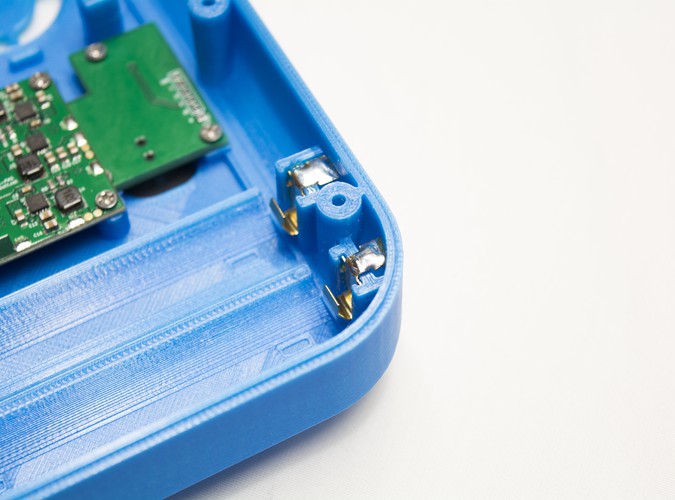 In this step, we'll be adding some solder to the battery clips using a process called tinning, outlined below. Using your soldering iron and solder, we'll need to tin the battery clips in order to get our power wire to stick to the metal.

Step 2 Wiring the Clips Together 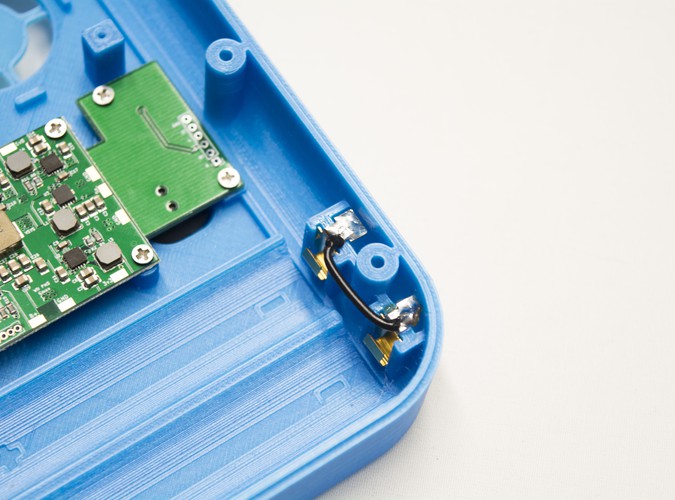 Since the RVL PMS requires our batteries to be in parallel configuration, we'll be wiring both our B+ and B- battery clips together before we wire them to the PMS.

For the G-Boy pictured, we used 22 AWG wire for wiring the battery clips together and to the PMS. The same wire should be used for your build.

Once you've connected both sets of clips to each other as shown in the second image, you are done with this step!

Step 3 Wiring the Clips to the PMS 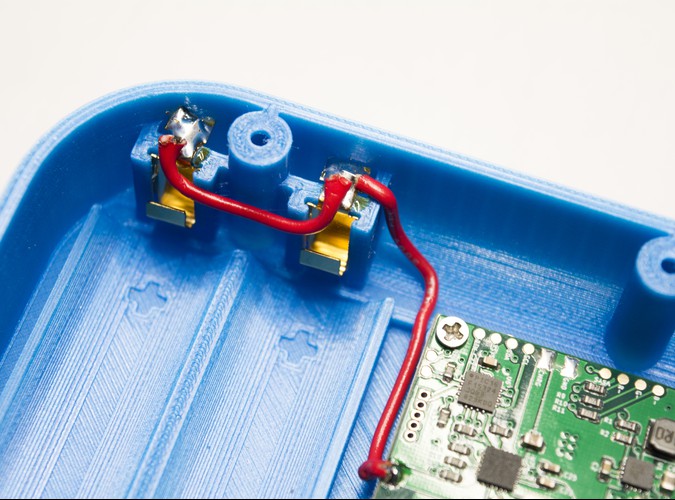 Using your soldering iron, tin the B+ and GND pads on the PMS as shown in the image.

NOTE: As you can see in the image (around the B+/GND pads), there is flux on the PMS that comes from the solder used in the assembly (rosin core). It's important to clean the PCB using a toothbrush and at least 90% Isopropyl Alcohol. This will ensure that no corrosion takes place on any of the G-Boy circuit boards after assembly. Even though some flux may claim to be "no clean" it's still important to clean your PCBs.

Repeat this process for the GND wire as well. Once you're done, your wires should look similar to the images provided.

It's important to ensure that your solder joints are solid. It's possible that if one of the wires is loose that it could come off once your G-Boy is fully assembled and short against something in the case. So take this time to ensure that everything looks good before proceeding. You should be able to lightly tug on all of your wiring without anything coming off to make sure that all of your joints are solid. Portions of the PMS PCB will be covered later by the trimmed Wii motherboard, so it's essential that everything is done correctly so that the Wii does not need to be removed from the housing for later maintenance.

Step 4 Placing the Heatsink and Fan 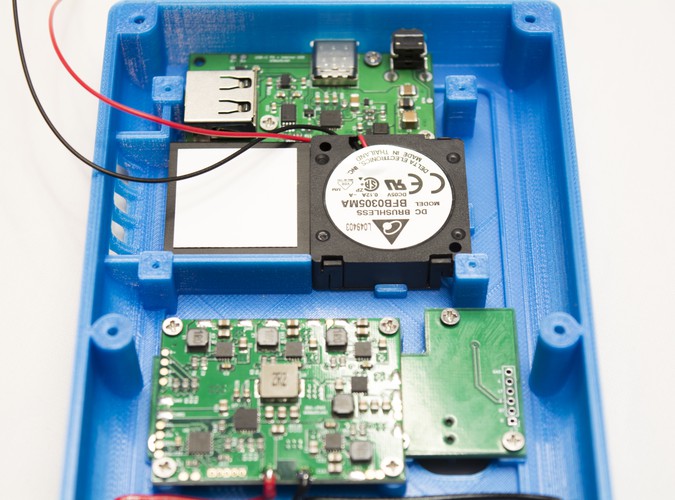 The fan is the next piece of hardware that needs to be wired to the PMS. It is held into place via friction and a couple of tabs on the back housing to keep it in place.

From the images included with this step, you can see that we've routed the power and ground cable for the fan around a few places. The entire process is listed here for your convenience:

Once you've got both the power and ground wires poking out near the bottom of the PMS, you can pull them to size and cut any excess off. Strip the end of both wires off and tin each. Solder the red wire to either of the round pads next to the big 3.3V pad on the PMS. Make sure to tin whichever pad you're going to use before soldering the wire to it. The black wire can be soldered to any ground pad on the PMS.